Contacting the US DOJ… 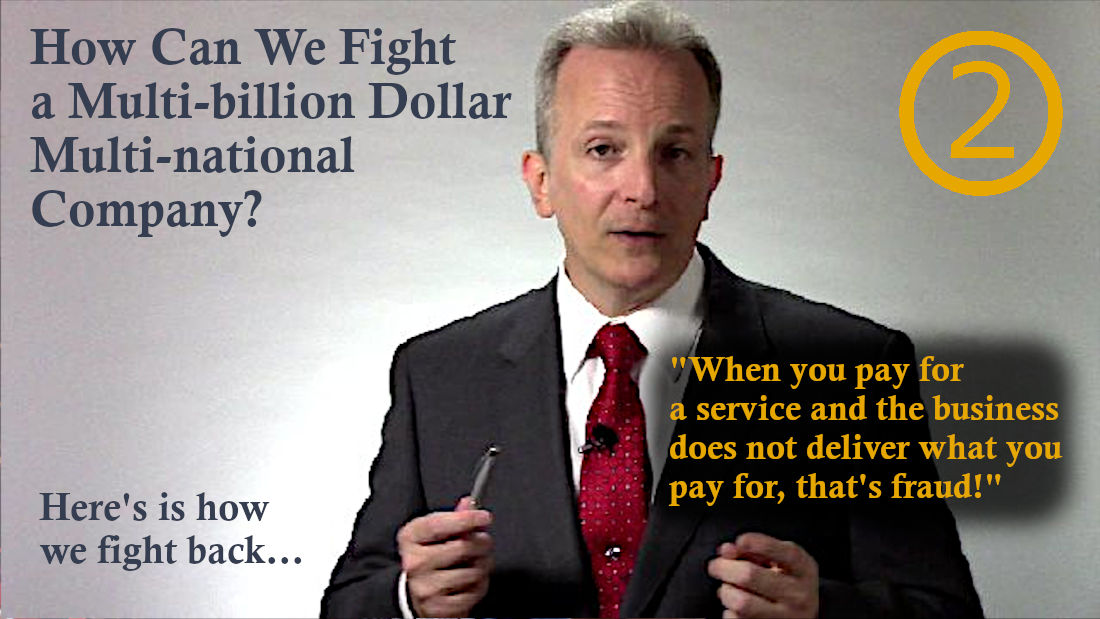 Fraud – “A false representation of a matter of fact—whether by words or by conduct, by false or misleading allegations, or by concealment of what should have been disclosed—that deceives and is intended to deceive another so that the individual will act upon it to her or his legal injury.”

What follows is the body of the complaint I just sent to US Attorney in Phoenix, Arizona.  Their role is to review the details and recommend to what governmental office I should address my concerns.

A similar address will land in the email of Senator Martha McSally, Senator Kyrsten Sinema, and Representative David Schweikert in short order.  I contacted these individuals a few weeks ago and I have yet to get any acknowledgement of the problem at hand.  Weeks… no response.  This is the “book burning issue of our day” and they can’t be distracted from that in which they are neck-deep.

I really don’t support paying these people… they should be part-time sheep dogs watching out for the flock, not wolves hunting in the interest of their own pack in a full-time blood sport.  But that’s just me.

With current discussions of “Section 230” in relation to social media, I believe the following information would be relevant.

I believe I am a victim of fraud perpetrated by Facebook in specific instances and circumstances.  This is not the first time but is the best documented instance.

I purchased in Facebook’s Ad Manager a “Page Likes Campaign” which seeks to raise awareness for the topic or activity of the Facebook page in question.  The two pages where this occurred were unrelated in businesses activity except for being connected to my personal Facebook accounts as they are operated by myself.  This connection will become material to the case.

My notes suggest that I began a page-likes-campaign on Tuesday, June 2 for my Facebook page called TeeRanter, a t-shirt marketing and design activity.  The campaign ran twice (2x) with five (5) ads running in each instance between about June 2 to the 13th.  That activity netted nearly 11,000 likes utilizing said page-like campaign strategy.

I decided to try the same marketing strategy to raise awareness on another unrelated page called MoneySmart, a book and online courses activity that I pursue to help people understand personal finance management.  This page has run for years with very little exposure.  The similar page-likes-campaign which was effective for 11 days (?) for TeeRanter, ran about 24 hours before Facebook shut it down… Why?

That campaign netted approximately 2500 new likes, then Facebook shuts it off claiming: “I had exceeded one of their internal limits…” without specifying WHICH limit or the nominal value of said limit.  When pressed for that information, they referred me to a document dump of their online “terms and conditions”.

Bear in mind, I’m PAYING for a page-likes campaign that directs people unknown to me to like a particular page’s activity or subject.

The similar campaign ran 11 days and netted over four times the results, but when I applied the same strategy to the MoneySmart page, Facebook claims I’ve exceeded some arbitrary, undefined limit and shuts down BOTH page-like campaigns.

Why both?  Bear in mind, these pages represent disparate, unrelated topics and business functions.  The only thing that connects these pages is myself, the person running them.

I was using their app, in accordance to their own instructions, for a paid campaign.  They suggested in an email that I “use their ad manager and paid services for such activity”… which I was actively doing.

I suspect discrimination as both pages were cut off and unrelated in business function to one another whose only connection is myself.  I also suspect fraud in that a misrepresentation of service for which I was paying and the undisclosed arbitrary limits they assert I have violated which Facebook refuses to specify.

I reinitiated the page-likes-campaign for the MoneySmart page yesterday, June 24, at 12:08, approximately 11 days after the first suspension of service.  Facebook allowed it to run for about 18 hours until I began issuing page invitations according to their own instructions (recorded on video 2 linked below) and when I hit some arbitrary number of invites, they suspended again the service for which I was paying them.

The message that accompanies the suspension intimates that “Facebook limits how many friends I can invite…” except, I am NOT inviting FRIENDS.  I’m inviting the potential clients that I’m paying them to find for me.  This is inconsistent and likely adds to the grounds for fraud as misrepresentation.

I feel not only discriminated against, but defrauded, and in this economy with so many people out of work, to have a company interfere with interstate and international commerce in these circumstances is certainly worth SOMEBODY’s attention.

Email documentation of Facebook’s insufficient explanation and replies can be made available as can video progression of the ad campaign according to Facebook’s own instructions to the point that they suspend services for which I am paying.

I’ll look forward to guidance from your office to whom details of this matter might be presented.

In the meantime, I will notify my senators and Congressional representative who are tasked with reviewing and implementing legislation to govern such occurrences and abuses of rights in trade and free enterprise.  I believe such legislation is currently a topic of discussion in our representative bodies.

VIDEO: Demonstration and evidence of denial of service; fraud.