Turn and Face the Strange 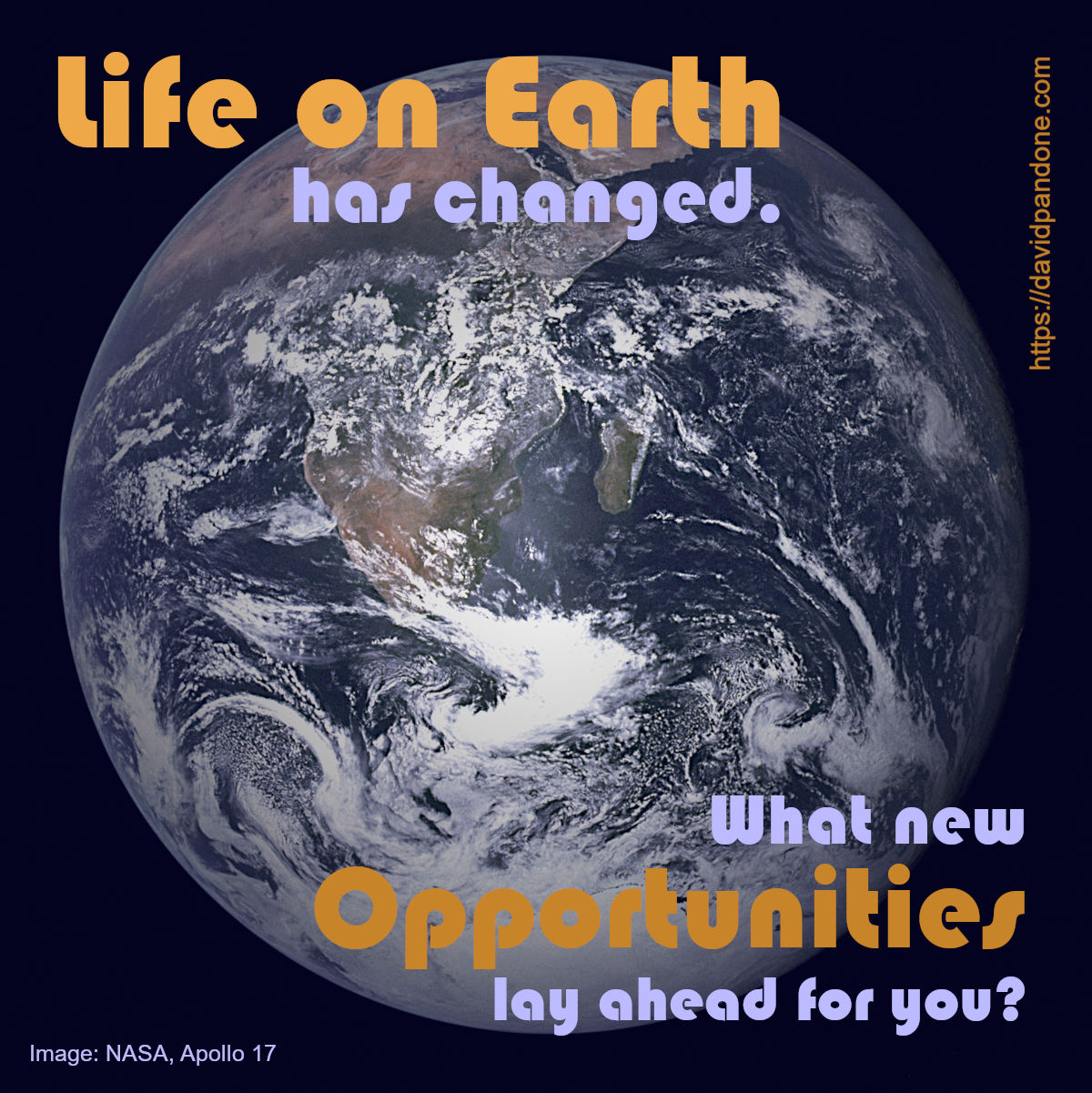 That first line from David Bowie’s Changes sums it up well, as does the other lines of the chorus:  “Don’t want to be a richer man…just gonna have to be a different man…Time may change me, but I can’t trace time.”

What follows are my notes on the following two videos and my periodic responses to the ideas discussed in the linked video series.  What I publish tends to touch on topics that in some way affect your freedom to earn and/or accumulate more than what you need to survive.  It’s a concept I spread broadly as a blanket called “wealth”.   Your ability to earn even a living today has come under assault.

Most often considered in monetary terms you’ll hear in the following wealth information discussed as your shelter, health, food, talent, and skill sets which have all historically been one step back from our traditional use of money (in light of the fragility which surfaced due to the Covid-19 pandemic) but which will have stepped to the forefront.  Nobody likely told you; hence my efforts here.

The following round-table discussions are some of the best forward-focused ideas I have yet heard of how this series of economic events triggered from a pandemic has changed our world forever.  Few people in the mainstream are thinking this far ahead with viable ideas.  Pay close attention and look for the opportunities which may arise from what others around you may only ever see as devastation.

This article is a little lengthy; I agree.  I put forth the effort to type it.  It’s not the time for a sound bite friend, but for information you can use to forge ahead.  Shaken by recent events, I think many people could use help and a sense of hope.  I summarize below two hours and ten minutes (02:10:00) of a two-session, round-table discussion among three and then four well-informed professionals.  So, there’s a bunch of ideas worthy of consideration in the notes I took for you.  “No really, don’t mention it…”  😀

My Reactions to Events

…are included as well.  Despite my best efforts, I’m not usually one for brevity.  I know, fall off your chair in shock…  So, the summary or synopsis will appear in BROWN, while my comments appear in GREEN.  What I added would have been my contribution had I been invited to the discussion; a boy can dream.  Of course you can just listen to their conversation, which I found valuable and interesting.

To quote Chris Martenson toward the end of session two, “It is little understood that this is the defining moment of our time.”  So, here’s your Instagram post: “Life on Earth has changed.  What opportunities lay ahead for you?”  Because there’s truth in the old adage: “It’s not what happens to you, it’s how you react to it that matters”.  The consensus of the conversation: “life will be better once we shed the complexity and the baggage dragging us all down…”

There will be growing pains. Those in seats of power put this economic correction off for years until what was somewhat economically uncomfortable became a catastrophic financial event for all humanity.  It might be worth a bit of your time to embrace a few ideas that help you plan for what comes next.  I hope the ideas help; I really do.  Sorry… you had something else on your calendar during the Covid-19 social-distancing and lock down?

Why publish commentary on another producer’s videos? All teachers use materials published by producers other than themselves.  Also, many times I hear people tell me, “I don’t pay attention to financial information.  It never makes any sense; I don’t understand it.”  The only way to ever have information on any topic make sense is to involve yourself in the discussion.  It’s going to take a little effort.  You’ll need to be more financially astute going forward.

My personal views are there in GREEN if you’re interested in what I have to say… as if you could stop me.  Some net-troll might succeed in canceling me… but they can’t stop me.  That would suggest more about them than me anyway; something about being ugly, smelly, and coveting the slimy dark corners under bridges.  Well intentioned, of course.

Learn the vocabulary which is used to express the related ideas.  Listen for how those ideas and concepts interact.  Achieve an understanding one step at a time.  Start somewhere… With podcasts you can download or call up at will and listen to repeatedly, that level of effort has never been easier.  I’ve been considering a podcast of my own.  I should add that to my list of ideas that need to see the light of day… See?  Turning and facing the strange…

If you need to start here with my commentary on the very valuable information I’m presenting as beneficial for you, then I’m privileged and honored to help guide you.  Let’s look for the opportunities together, shall we?

“Where there is no vision, the people perish…” Proverbs 29:18

Hey, I warned you first…  I was a teacher for over a decade.  I know most classroom teachers to be great selfless heroes.  The system they work in sucks.  (did I type that aloud?)  I’ve seen public education from the inside out.  If our people, our society was better financially educated and could stay informed with accurate information, I don’t believe those in power could have corrupted our systems to this degree over this number of years.  We The People of the US govern ourselves.  We vote them into office.

Seeing that overall problem, I wrote a book and am in the process of publishing videos to help people become more financially effective. The first edition was introduced in 2011.  Believe me, I’ve been trying to get the message out for a decade.

Most financial education out in the market is organized or sponsored by the banking industry.  That’s like seeing your local drug dealer for his associated 12-step program!  The banking industry will instruct you in accordance with their banking industry agenda.  That hasn’t worked out well for most people’s net worth.

What I think people could have used before the Covid-19 catalyst, that straw that broke the camel’s economic back, are in my MoneySmart book:

You’ll find all that wealthy goodness under the Publications tab at davidpandone.com.

Those concepts could have saved many people a great deal of hardship and heartache.  I’m also working on a walkthrough series of each chapter, as well as a Financial Education series which was completed earlier this year.  Take a look; bring a friend.  I sincerely hope my efforts help you.

Economic Shockwaves: How the Coronavirus is Impacting our Future

What to Listen For (synopsis)  My comments appear below this synopsis section in GREEN:

My take on the information:

(Part 1) Economic Shockwaves: How the Coronavirus is Impacting our Future

What to Listen For (synopsis)  My comments appear in GREEN beyond this synopsis section:

My Take on the Information: