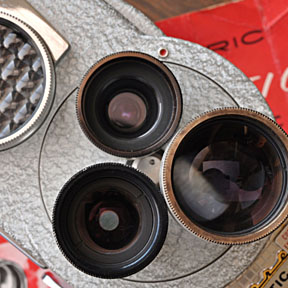 Prop it up, prime the pump, hedge the crisis… by any name the papering of the US economy and banking industry since the early 90’s has solved nothing and our problems are now larger and more unstable than ever.

The problems causing the housing crises of 2008 have been sated[1] for a decade, but never solved.  Now, as the Federal Reserve begins raising interest rates and unwinding the mountains of debt on their balance sheets acquired to infuse the US Treasury with liquidity, the flimsy foundation on which it is all built looks to be shivering with stress.  I’ve heard commentators state that for the Fed to have any cards to play in this game at all, they have to raise rates as quickly as possible so that they can lower them again.  At present, with rates still lower than any other period in the history of man, they have almost no room to do that.  Its as if they think that raising rates while people are still struggling to catch up from the difficulties of the past two decades won’t cause problems!  Well, it won’t cause problems for them and their friends…

What follows are three interviews from several people whose opinions, articles, blogs, and interviews I track either by their own rss feed where available, or by a Google alert.  I scan this list of key word stories several times each week, and daily when there is a good deal of news happening.  Last month I published links to one of the same three people, Nomi Prins.  She has a unique perspective and insight into the current structural problem in the banking, finance, and investing sectors due to her experience as a Wall Street insider with Goldman Sachs.  Her most recent publication effort, Collusion, hit bookshelves last month and interviews in support of her book launch are plentiful.  Now is a good time to hear a good deal of what Ms. Prins has to say.

This month I found a rare interview with John Williams of shadowstats.com who specializes in reinterpreting government reports without the skewed updates of hedonics that, in the case of the consumer price index (CPI) which gauges the “effective cost of living”, will switch hamburger for sirloin, canned beans for fresh vegetables, and tell you that the computer you just spent $2500 on was really much less expensive when you take into account how much computing power you bought per dollar in comparison to top-of-the-line computers almost thirty years ago in 1990.

Yes, John shovels the fertilizer from the corral and pens so you can see what is happening with the operation of the barnyard.  He uses unbiased and non-slanted measurements that reflect the methods used decades ago so that you can tell what is really happening in the economy and the business climate.  Consider that the same government officials running for office every two, four, or six years and tend to quote “how good the numbers are” are the same officials that control how those numbers are calculated and where and when they are released.  Mr. Williams insight is sterling bright.

Gerald Celente rounds out this group with commentary on the global monetary and debt crisis, how it affects trade, the value of currency, and the stability of the economic system worldwide.  Mr. Celente is the publisher of Trends Journal, a monthly publication noted for its forward looking insight into what lies just over the time horizon that affects markets and the economy.  The Trends Journal tagline is “Tomorrow’s News Today”.

[1] Sated – supplied with as much as or more of something than is desired or can be managed.

Original intellectual property notice and disclaimer on use of posted information.
(C) 2021 David A. Pandone, All Rights Reserved